As one of the most utilitarian (and often hidden) rooms in the house, laundries don’t always get a lot of love –but they do on The Block, when they’re a luxurious laundry by Freedom Kitchens!

With ample storage and luxury details like timber-look cabinetry, Caestarstone® benchtops and a marble herringbone splashback, a well-executed laundry can make a winning impression, just like Kerrie & Spence’s laundry on last night’s reveals.

After their triumphant win with Kitchen Week, Kerrie & Spence from Apartment 1 won it again, being just one point short of another perfect score for Hallways and Laundries Week.  With gallery-style artwork and lighting to match, their hallway set the tone for what was to come, with judge Neale Whitaker saying “There is nothing I like more than a hallway that looks like a gallery”.

The great impression continued into the laundry by Freedom Kitchens with Darren expressing, “Is this what laundries have become, that they are this glamorous with an almost kitchen-like finesse … it’s just beautiful.”  Shaynna noted Kerrie’s progress with styling, saying she had come a long way, while Darren commented that it was what he would expect at professional level.  ‘I don’t think I have yet seen them as good as this,” said Neale. 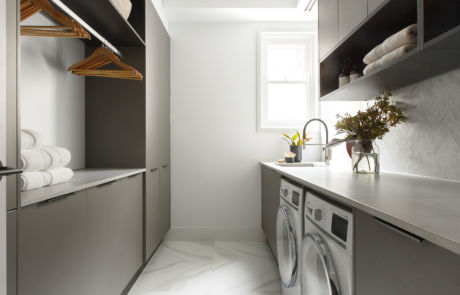 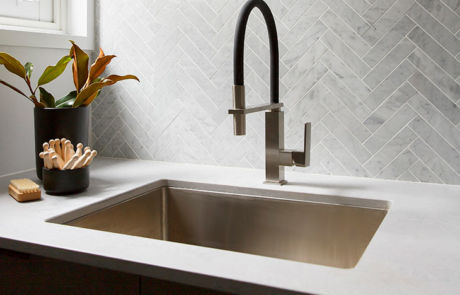 Coming in second place from the Apartment 5 penthouse were Bianca & Carla, with the judges approving of their hallway which included a runner rug and lofty skylights, with downlights in the well.

A solid and stylish start, which flowed on into the laundry, where the judges again loved the luxury finishes like the premium timber laminate bench and tiled splashback.

“It ticks boxes of functionality and amenity but they have done it with finesse,” said Neale. 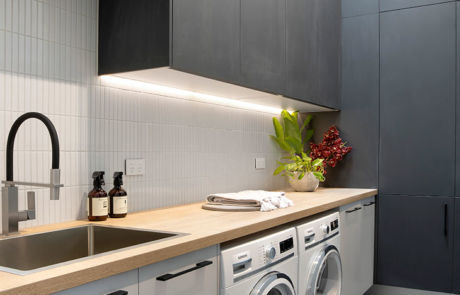 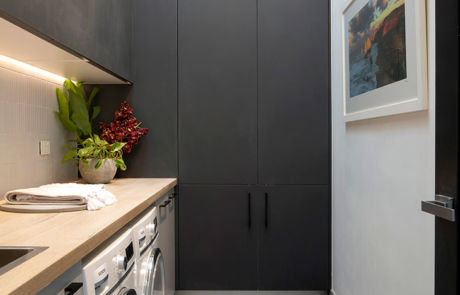 Coming in third place in the Apartment 4 penthouse, Norm and Jess’ hallway featured more of their Calacutta marble as a shelf, which Darren labelled ‘exquisite’, loving how it tied back to their kitchen benchtop.

They found the laundry beautiful but very compact, lacking some of the larger storage space for items like ironing boards, which they’d seen in previous laundries. 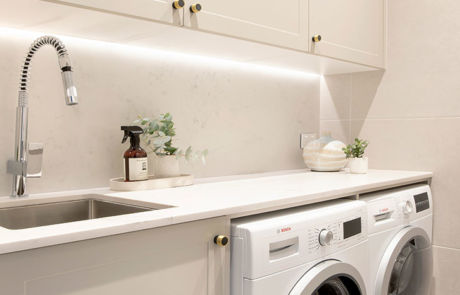 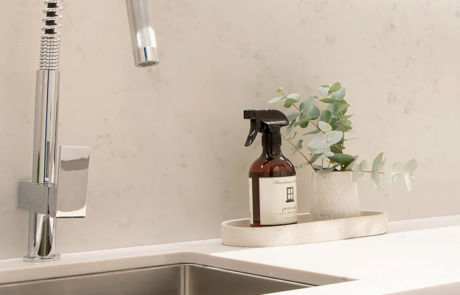 Courtney & Hans in Apartment 2 placed fourth, although their hallway garnered good feedback and made a positive impression with its grand proportions. The judges loved the fun and quirky art pieces, with Neale saying “I think it’s got a glamorous eccentricity about it that really appeals to me. It’s a bit kooky.”

However when it came to their all-white laundry design, they didn’t feel the space exhibited the same kind of personality.  Shaynna said that the laundry was not on the same luxury level of Kerrie and Spence’s – but that it was functional and wouldn’t lose them any buyers either. 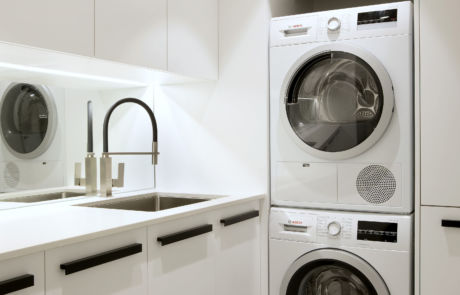 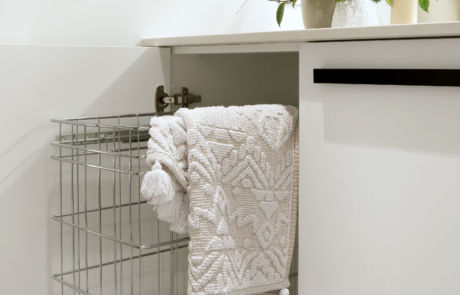 Coming in last place was Hayden & Sara from apartment 3, who impressed initially with their hallway lights, but then lost points for styling and the unfinished presentation.

The execution in the laundry also left a lot to be desired, although the judges did like the ample storage they’d worked into their cabinetry design. 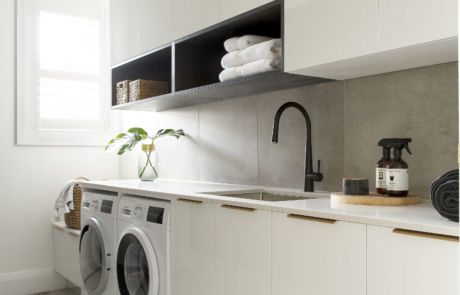 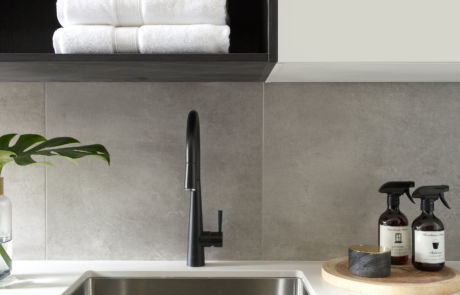 Inspired to create your own winning new laundry?

To start your laundry journey, simply book a free appointment with one of our designer consultants today.